This morning Sonny was knocked off his scooter by a car reversing off of it’s drive. The lady in the car appeared to be in a rush. Although she may have saw me walking towards her with the pushchair and Riley next to me, she failed to notice Sonny on his scooter only ever so slightly ahead of me. She obviously thought she could reverse out on to the road with plenty of time and space between us.

I knew what was about to happen. I saw it happen in slow motion and in a fraction of a second.

I shouted to Sonny.

It was too late. He didn’t hear me.

She reversed at quite some speed and sent him flying off his scooter and sprawled across the pavement directly behind the car.

I screamed and ran towards the car screaming “OH MY GOD!! STOP!!!!!”

Thankfully she saw me and stopped the car and pulled forward back onto her drive, otherwise she’d have driven straight over him and that… I can’t even think about.

My heart was in my mouth, my stomach was churning. I thought I was going to be sick. My palms were sweaty, my mouth instantly dry and I was shaking like a leaf. I immediately checked him over and my instant reaction was to tell him “that’s why mummy always says… stay with me and look for cars.”

And he knows it in theory. Just not in practice and that terrifies me.

“I’m sorry Mummy” he cried. I held on to him and kissed his head.

Sonny has no sense of danger. For example he would come bounding into the kitchen arms flailing while I’m trying to prepare dinner. Now in theory he knows that there are hot and sharp things in the kitchen but in the moment he doesn’t think about that.

This morning we were heading to school, it didn’t help that he was super excited about going off on his school trip. When Sonny is excited about something, that’s all he sees. He has blinkers on to everything else.

It’s like starting at the letter A and only seeing letter Z in the distance. None of the other letters enter his mind because they aren’t what he’s focusing on. That was how this morning happened. He was so focused on getting to school on time, he just wasn’t registering my warning.

In that very moment, the car hit more than just my son…

It hit home just how dangerous Autism is…

And how extra bloody hard we have to work in order to keep our children safe.

In comparison to many families, I would say we have it ‘easy’. Sonny doesn’t bolt out the door or run off very often, although we do have a chain on our door that he cannot reach just incase. When Sonny is in meltdown, he’s kind of a there and there, drops to the floor, destroys his surroundings and lashes out at those who are close type meltdown.

When we’re at home it’s easier because we’ve already preplanned every worst case scenario and safe proofed the house.

But when we’re out it’s so much harder. We are constantly having to trust the judgement of others, trust that cars are going to slow or stop if Sonny was to dare enter the road. It’s hard when I have all three of them to keep a close eye on if they aren’t close by my side.

It’s for that reason the boys were not allowed to take their scooters to school. For that reason, Zachary is always in his pushchair and Sonny is never allowed off of the buggy board on the way to school. At least not until we are close to the school gates.

We have a good 20 minute walk to school and the one morning I thought it would be nice for Sonny and Riley to ride their scooters, this happened. Safe to say it’s going to be a long while before that I let them again.

The lady rushed out of her car equally as shocked as I was and considerably distressed, apologising over and over. She ran inside to get some wet wipes and checked Sonny over too. She asked what his name was and asked if she could cuddle him. She said to Sonny she was so sorry, that she didn’t see him.

Sonny eventually stopped crying and looked okay, just extremely shaken. He was upset that he might be late for school and was afraid that he may miss the coach that would be taking them on their trip.

I hugged that lady. I told her it’s okay, that fortunately he didn’t look too hurt and that she should take herself inside and have a drink before she gets behind the wheel again. She was clearly shaken too. She had her children in the back of her car and her gym clothes on. She hugged me back and apologised again with tears in her eyes.

I explained to her that Sonny has Autism and that he doesn’t have a great awareness of danger and in situations like that doesn’t hear me calling him. I said she saw me, so it would have made sense to wait for us to pass. I told her that he was excited about his school trip this morning and was desperate to get to school on time. She listened and she apologised.

I hugged her one last time and explained we had to be on our way. Sonny then stepped on the buggy board where he stood for the rest of our journey.

When we got to school I explained what had happened. Sonny wasn’t going to let anything get in his way of going to the farm this morning and they reassured me they would keep an extra close eye on him. They fetched me a glass of water too which I was extremely grateful for.

It without a doubt took me all morning along with a large volume of cake to settle my nerves. Is this what it’s always going to be like? It’s not healthy to be in such a constant level of high alert, but I don’t have a choice.

I realised just how important my role as Sonnys mother is.

I am his voice when times are hard and he can’t make himself understood. I am his advocate when it comes to helping others understand Autism and the challenges we face.

More importantly I am his eyes and ears too. 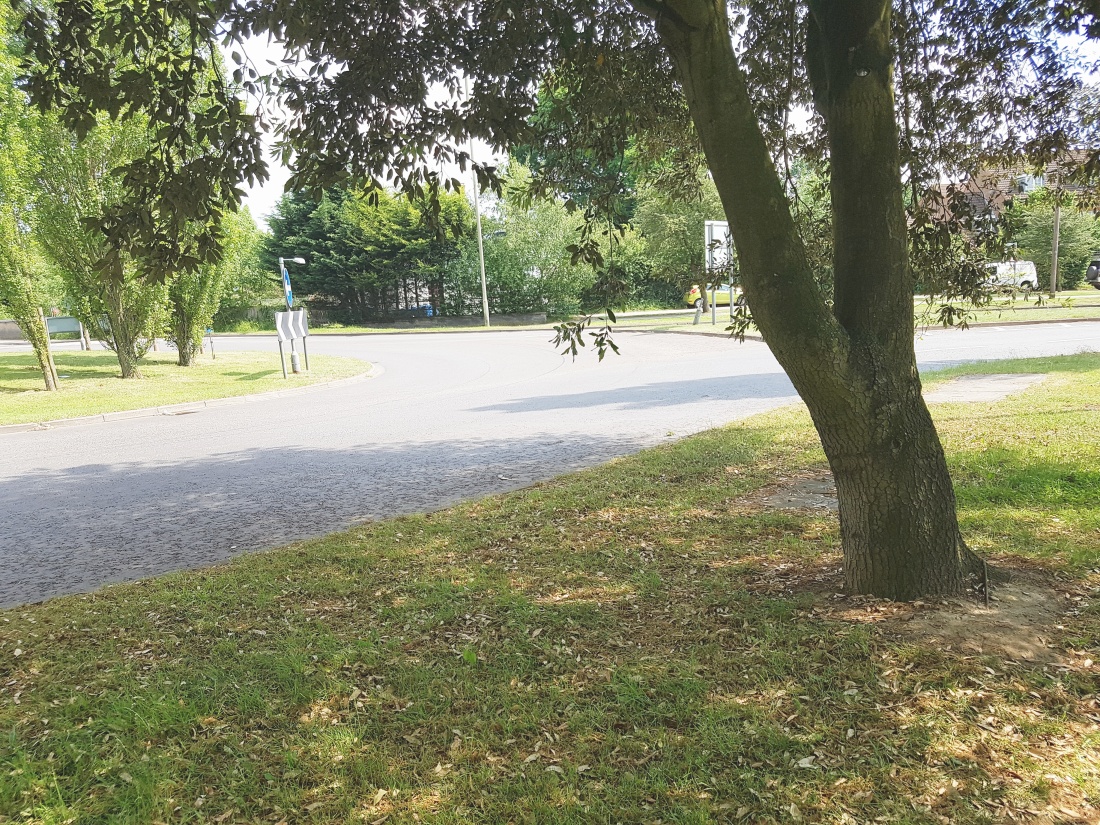 Posted by To Aufinity and Beyond

Mum of three young boys. Sharing our family journey to an Autism and ADHD diagnosis.

I am totally with you Emma. It’s incredibly exhausting x

Oh, I’m so sorry about this. Glad Sonny wasn’t hurt. This must’ve been quite a shock to you though.

I am autistic and don’t have great danger awareness either. Thankfully I’ve never actually been hurt because of it. It’s probably also because I’m blind and always have my white cane with me when outside, so drivers know to stay out of my way. #PostsFromTheHeart

Sending so much love. You are right keeping them safe is a 100 times more difficult. Even at 10 Number One still struggles with being safe. I’m so so glad Sonny was ok. Sending love to you all. #PostsFromTheHeart

Oh my goodness! What a shock for all of you, including the lady driving!
My daughter is not very mobile and has significant developmental disabilities – and no danger awareness either! We’re more at the stage of toddler proofing everything, except EJ is 6 years old and is much stronger and taller than your average toddler! I totally understand that feeling of having to try and balance allowing as much independence as possible while protecting them from harm = constant high alert! #PostsFromTheHeart

I’m so glad he’s okay. Someone very close to me has autism too, so I know well how people on the spectrum can lack awareness of danger. I know the worry that goes on. It sounds like you handled the situation, (as horrible as it was), perfectly. #PostsFromTheHeart

I’m so glad he’s ok. It’s scary how they see the world so different. Children with Autism just don’t see the dangers and make the connection between the danger and it happening to them. I have to keep J on reins a lot of the time else he just darts off to something he finds interesting-regardless of whats in between him and it! Scary job this Mother business!!x

OMG this gave me chills. I totally agree that we are all safe in home. Its predictable and familiar. We can control what happens in our own homes but outside in the big wide world its a totally different game. That leaves our children and us so vulnerable. Im glad that Sonny was ok and hope you settled soon. I hope he loved the school trip in the end 🙂

Thank you. He had a wonderful time at the farm. I’ve still not mentally recovered from it but at least they are all making an effort to look for cars when we are out x

I worry so much about this with my son. He will literally just wonder into roads!

[…] of busy roads, many parents went the same way and being amongst it trying to keep my three ‘together and safe‘ caused me so much stress. Now we walk a slightly different route, takes the same amount of […]