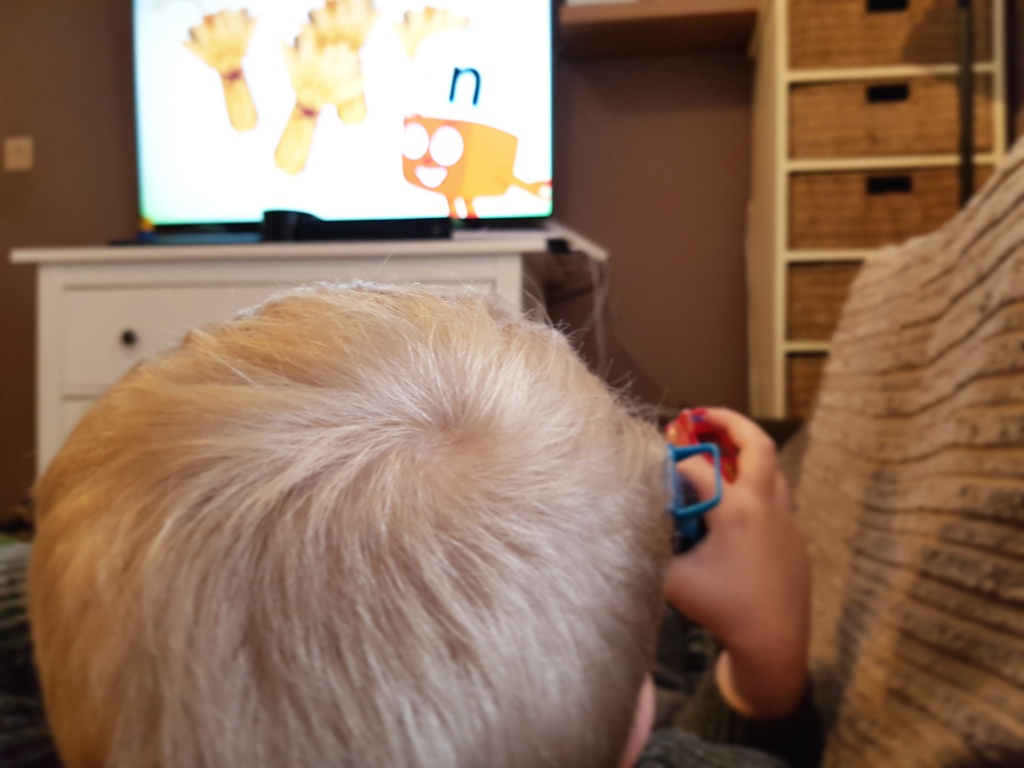 We have reached the end of the first week of the school holidays and what a turbulent time it’s been for our family.

In the lead up to the end of the summer term at school, Sonny was nearing self combust. Almost every day was a ‘bad day’ and I was close to pulling him out a week early. For us that would have been difficult because we would still have had to take Riley to school and there is no way Sonny would have coped with such a huge change in routine.

I’ve never taken Riley to school without his brother.

Come home time each day, I was called over to have ‘the chat’ with the teacher. Your summoned with the eyes, or the wave over and your heart sinks. You know what it means and you brace yourself for the disappointment. Sonny had had enough. It was clear to anyone who knew him well. He had reached the point of exhaustion and was desperately needing a break.

On the last day of term, I felt such relief! Finally, we had so much to look forward to. I was excited for the lazy mornings, leisurely afternoons and chilled evenings watching movies, snuggled up together on the sofa. Quality family time. However, Sonny finished reception like a compressed spring…

The problem you face with a compressed spring is what happens when you finally decide let it go.

Sonny woke at 6 am on the Saturday morning like a bear with a sore head. Nothing was right, nobody could say anything right nor could they so much as breathe in his direction for that matter. If Sonny had the ability to remove himself from us while feeling so wound up it would have made things easier, I brought him a dinosaur tent for that very reason. However, Sonny insisted on starting arguments with everybody in the house, in particular his 2 year old baby brother who loves a good ole ‘no you! no you! no you! no you!’

Nobody was safe from his wrath.

We had fisty cuffs and spells of time out by breakfast o’clock and I fear the neighbours wondered what on earth the commotion was at such early hours. Sonny could have started a fight in an empty room. The day consisted of hitting, kicking, punching, pinching, screaming, whining, shouting and even swearing. My little boy was unrecognisable and it broke my heart. His behaviour was the worst I have ever witnessed. It dawned on me, he was experiencing the post school meltdown.

That is pretty much how the weekend went. I was extremely thankful to have had Joe around the whole weekend, the extra pair of hands was the only reason we all survived to tell the tale. I couldn’t turn my back for so much as a nano second before all hell broke loose. Bedtime was brought forward each evening from 7pm to 6:30pm where I then slumped on the sofa with a HOT cup of tea and didn’t move for the rest of the evening.

By the time Wednesday had come around, I was at my wits end. I was completely worn out. All those weeks spent (filling my cup) wasted. The boys had spent more time in reflection or at separate ends of the room. This was not how I imagined the start of the summer holidays to be. All we had to show for the week was a bruised nose and lump on the back of the head where Riley and Zachary were caught in the crossfire.

I went to work on the Thursday, for the first time that week, and before I had even been gone an hour, I had Joe call me at work. Sonny and Zachary started throwing toys at one another after an argument which led to Zachary having a busted eyebrow. 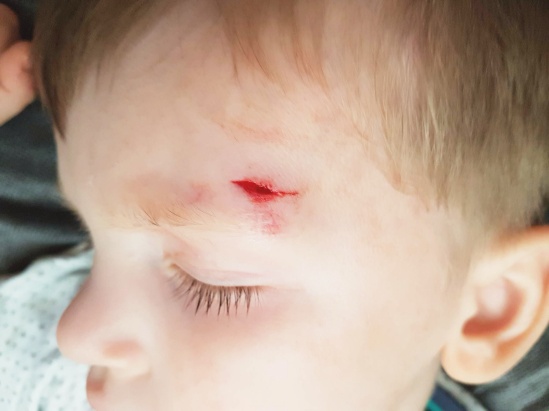 The Sonny I know and adore had gone and I didn’t know when I was going to get him back. This level of angry and anxious Sonny was not one I’d ever seen before. There are times where I beat myself up and wonder if his difficulties are due to my parenting. Then transition time comes around and it’s all crystal clear. This is characteristic and I am absolutely not alone.

I reached out to my local Autism support group and asked for advice. When your child is struggling in such a way your willing to try anything. As we are still awaiting our Autism diagnosis appointment, we aren’t in touch with any outreach support. We are learning everyday. Thanks to their wonderful and prompt advice, I was able to implement a few new things to help Sonny settle into his home routine.

I put together a kindness chart where he earned a happy spot (sticky dot) each time he was seen doing something kind or helpful or for simply resisting the urge to lash out during difficult situations. When all the spots are full he is rewarded with a special treat.

I put together a home checklist with a column for each day of the week. I laminated it and used a white board marker so that it can be changed each day in accordance to what we have planned. This way, Sonny can see exactly what he has the option of doing that day and he can do it in whichever order he wishes. Again these are marked off by happy spots.

In addition to these, I put together an A4 August calendar for him, laminated it and hung it by his bed. Using a white board marker, I have marked out various days and activities we have planned including summer clubs, buying new school shoes and our weekend away. Sonny can then mark of the days as we go and he can see how many more days he has until he goes back to school.

We aren’t strangers to PECS but it was great to be reminded of how beneficial they are to children with Autism.

There is safety in routine and security in knowing.

Now Sonny is able to see visually how our summer holiday is planned, he definitely seems more settled.

Having the incentive of happy spots and a kindness chart, he is trying extremely hard to control his temper and think about actions and consequences before the red mist descends. Sonny is finally feeling settled enough to join in play with his brothers and everyone is getting along just fine.

Yesterday was the first day since the holidays started where peace was seemingly restored. I hope this is the turning point in which we can enjoy the start of the summer together.

It feels great to have my Sonny back.

How has the transition been for you?

Posted by To Aufinity and Beyond

Mum of three young boys. Sharing our family journey to an Autism and ADHD diagnosis.

Thanks for sharing – I can relate to what you have written so much with my eldest (5) who is going through an Autism assessment. We’ve had to go back to using visuals and timetables and also have a 6 week planner so she can see exactly what is happening. We still have the ‘off days’ but it has certainly helped 🙂 x

Thank you for reading. It’s comforting to know we aren’t alone in our struggles. 💛💛💛

It’s such a hard time for children with Autism, so much uncertainty. Number One used to really struggle with it when she was younger, but it has definitely got easier as she has got older. Structure definitely helps, so maybe in some ways we have also got better over the years at knowing how to prepare a little.